One problem that I’ve seen a couple of times is that the capstan motor on the Otari 5050 Mk I and II is completely dead.  (the later MkIII is not affected, as the construction of the deck is different) If you look closely, the capstan motor will ‘pulse’ a bit at deck power-up, but then refuses to move. The capstan motor shaft spins freely, meaning that the problem is in the motor or motor control PC board, or associated components.

The second cause for a dead motor that I’ve seen a few times now is that the speed selection switch is so corroded that the contact fail, and usually cannot be cleaned. Here’s how to take the unit apart to replace the switch.

The Otari 5050 comes apart easily, as it was designed to be serviced. Remove the top knobs of the level controls with an Allen key (the Allen heads appear to be imperial sized for some reason, my metric Allen keys didn’t fit), which will then allow the removal of the lower knobs, which pull off. The front panel comes off at that point, and two additional screws at the bottom front of the deck also unscrew, which allows you to tilt down the whole electronics section, away from the transport. 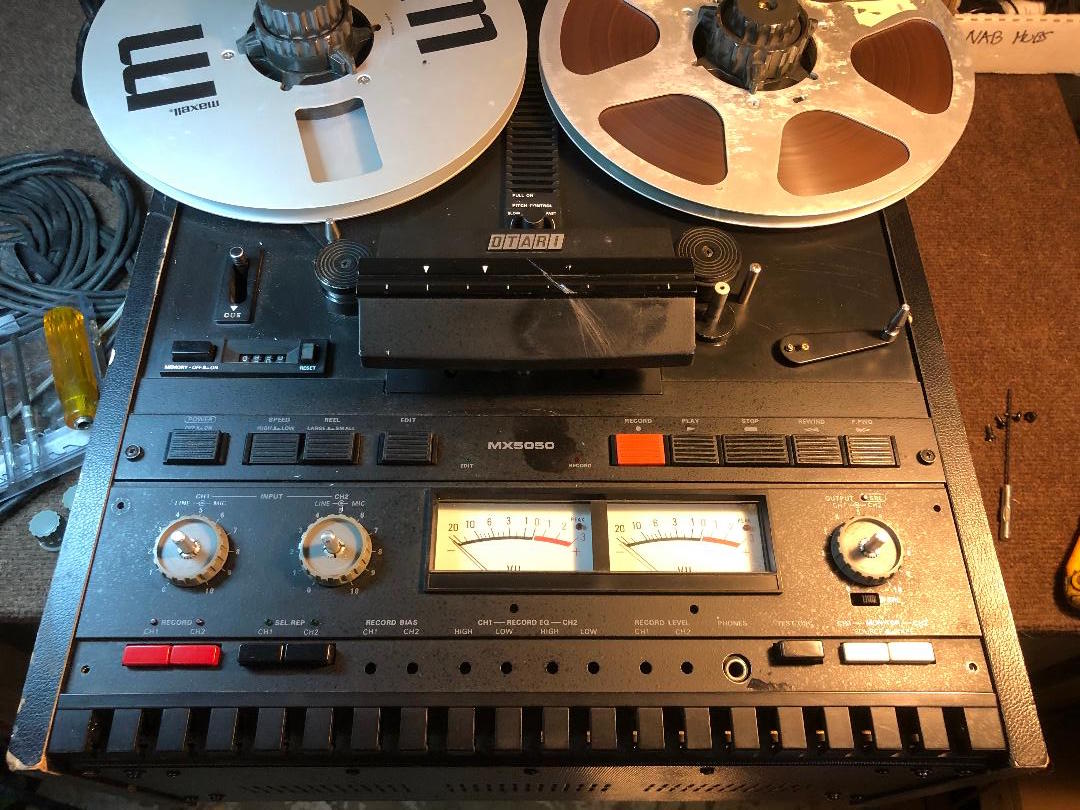 A typical MX5050 Mk1 with the top knobs removed

You can now see the underside of the power, reel size and speed control switches. With the power off, you can use an ohmmeter to verify that the switch contacts are not working in either speed mode. The switch is in a DPDT configuration, all 6 contacts need to be working properly in order for the capstan motor to function. 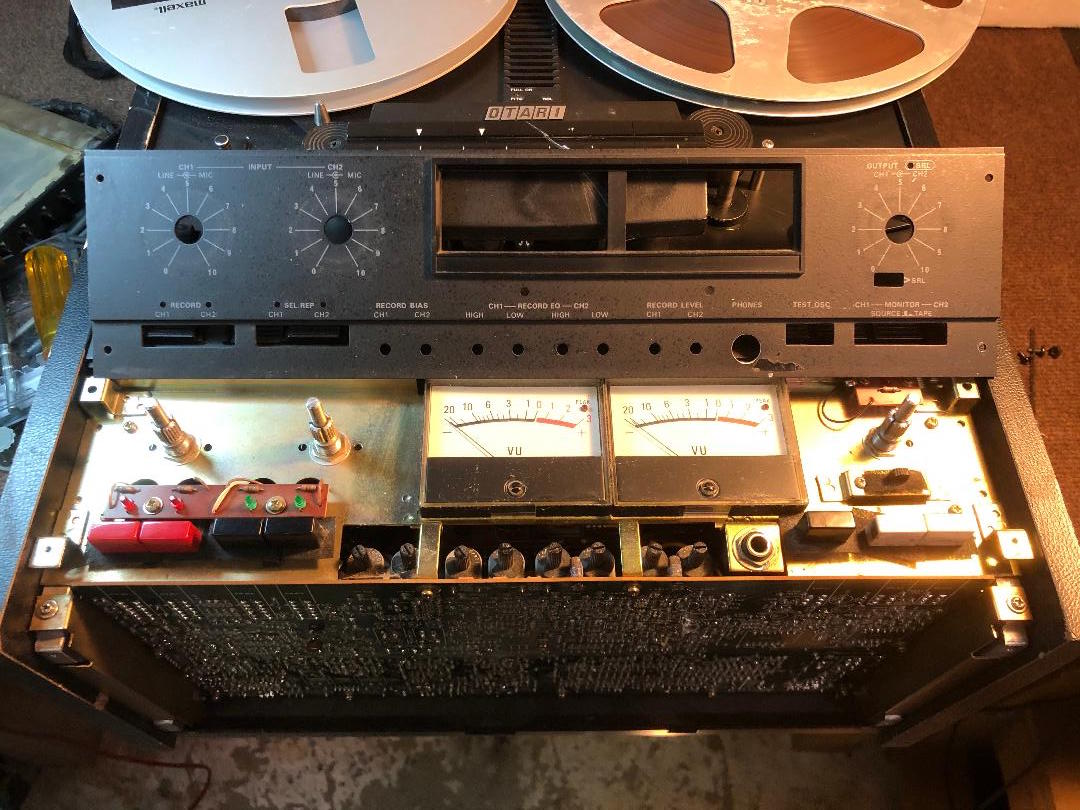 Front panel removed, showing the two small brass Philips screws at the bottom that need to be taken out so the electronics can swing down out of the way

The cover over the switches comes off with the two Philips screws on each side, but the head cover of the deck may also need to come off to take that switch cover off completely.

Here’s the challenging part: On one deck I recently worked on, the glue that Otari used to hold the plastic knobs to the switch shaft hardens up, making removal of the switch covers exceptionally difficult, and you need to remove the knobs to get the switches out! I used a bit of heat (not enough to melt the knobs!) to soften the glue, along with some careful pressure with a flat blade screwdriver between the switch and knob will release that knob. 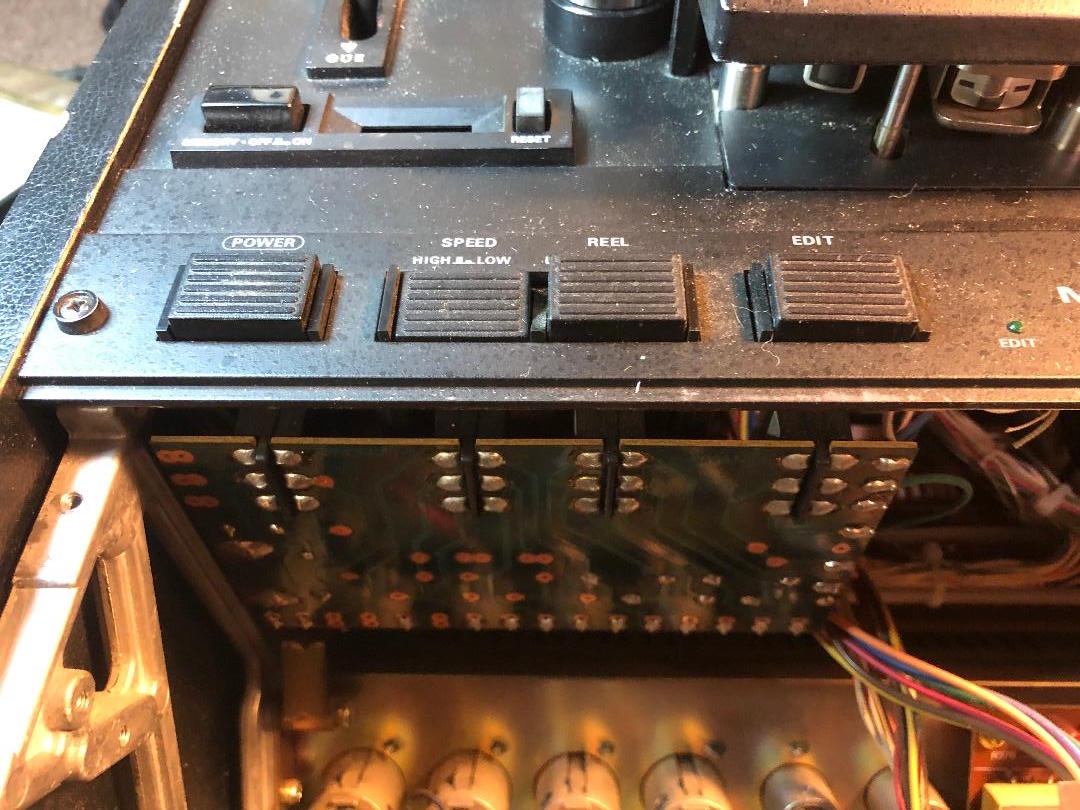 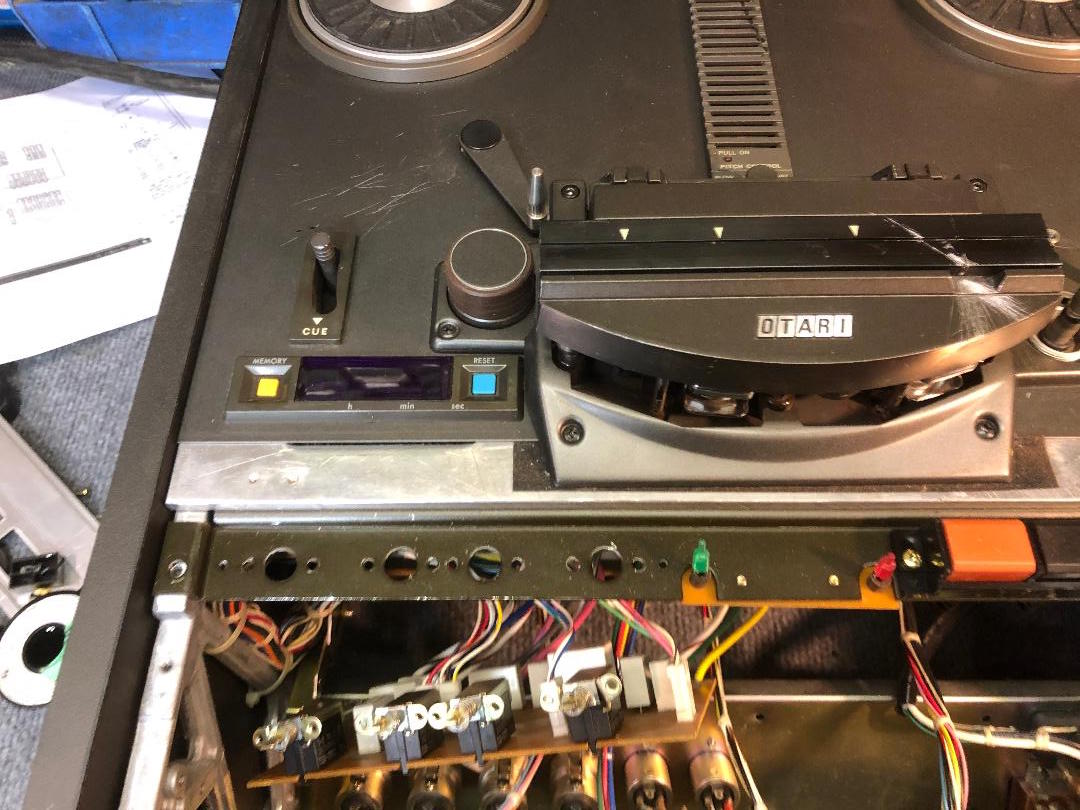 Switch PC board removed from deck, ready for switch to be unsoldered

Switch knobs removed, switch screws removed, PC board is ready to drop down 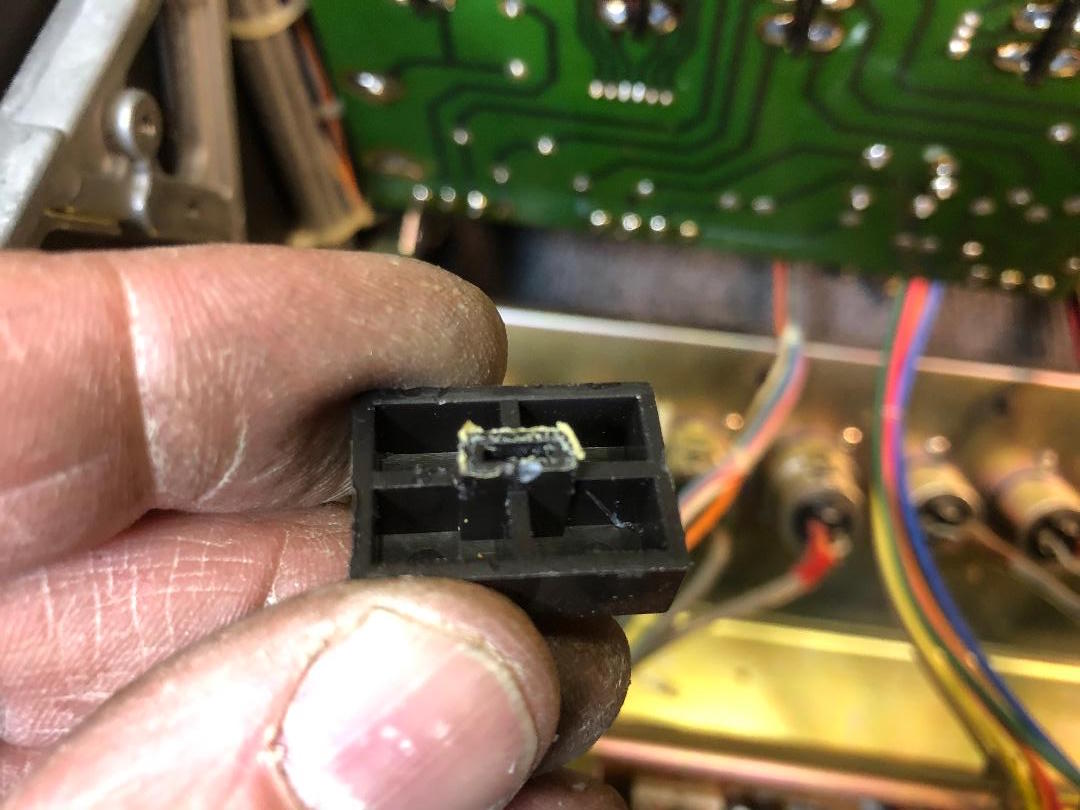 Showing the glue that holds the knobs to the switch shafts