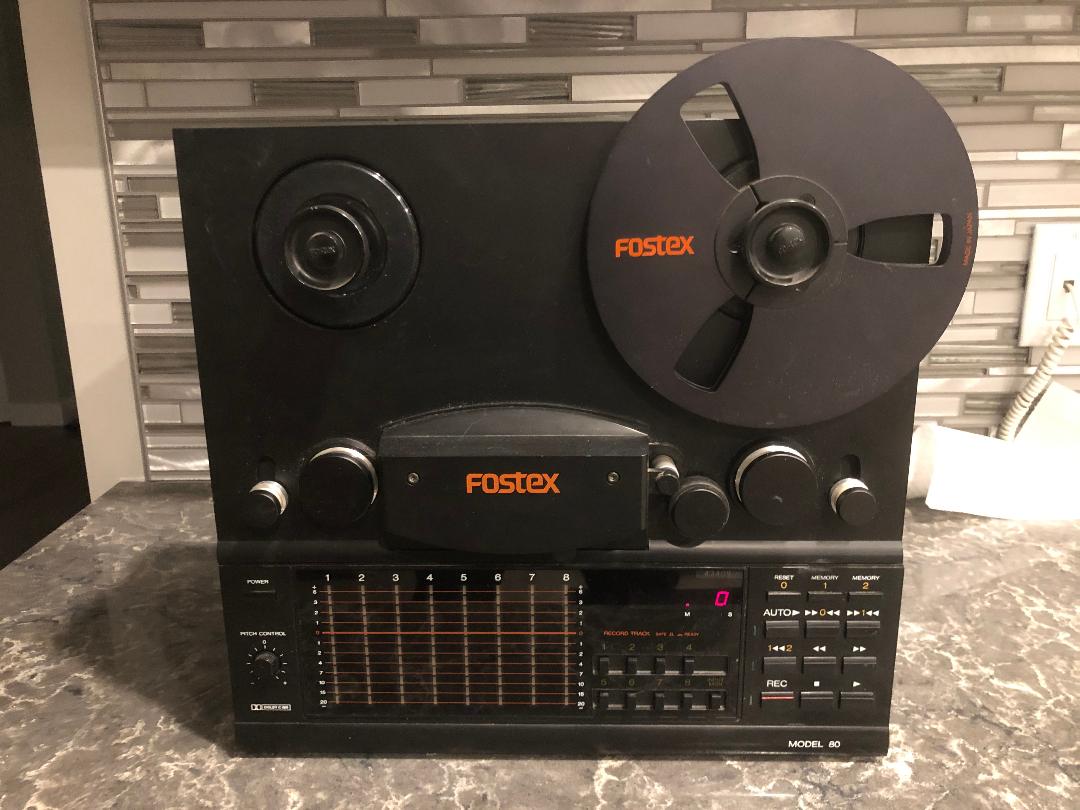 Fostex  manufactured many multitrack machines, and was one of the few companies that put out an 8 track multitrack machine on  ¼” tape. This format put home studio multitrack recording within a budget for every musician due to the low price of these machines.

The upside of all of the Fostex 8 track ¼” tape machines was that they had many features found on higher end machines, such as the 15 IPS tape speed (these were single speed machines).  These models provided good quality recordings to past 20Khz (usually around 22Khz for a machine with good heads). These decks all have pitch control, and some form of Dolby noise reduction (usually Dolby C) to improve the signal to noise ratio. While the deck had RCA jacks for the inputs and outputs, that’s what most home recording studios were based on for line level signals. The electronics of these units were generally reliable, and failure of the channel PC boards or other similar issues are rare, even to this day. The heads last a long time, and it’s rare that a deck comes in with the heads so worn that the deck is a write-off.

On the downside,  the deck does have some weak points:

With the last Fostex model made, the R8, Fostex cut a bunch of corners on the tape transport. The tape tension pulleys and pinch roller are held on with cheap snap-on plastic covers, which wear over time. Lose one of those covers, and you’ll be looking forever on ebay to find a replacement. Worse, the motor pulleys for the capstan and reel motors are plastic, and are press fit onto the steel motor shafts. Over time and with the heat generated with use, the plastic deforms, and eventually the plastic pulley slides off the motor shaft, and sits under the front cover. Our cure is to pull the front cover off (easy to do), roughen up the motor shaft with sandpaper, and then use an epoxy or J-B Weld to hold the pulleys to the motor shafts. We do this with every R8 we get in, whether the pulleys are slipping or not.

As an entry level multitrack deck, you can’t beat the Fostex units. Most musicians that stick with the analog format will find the need to upgrade at some point in time to a ½” 8 track machine.

This message is only visible to admins.

Error: An access token is required to request this resource.
Type: OAuthException
Solution: See here for how to solve this error
This site uses cookies. Click here for details.