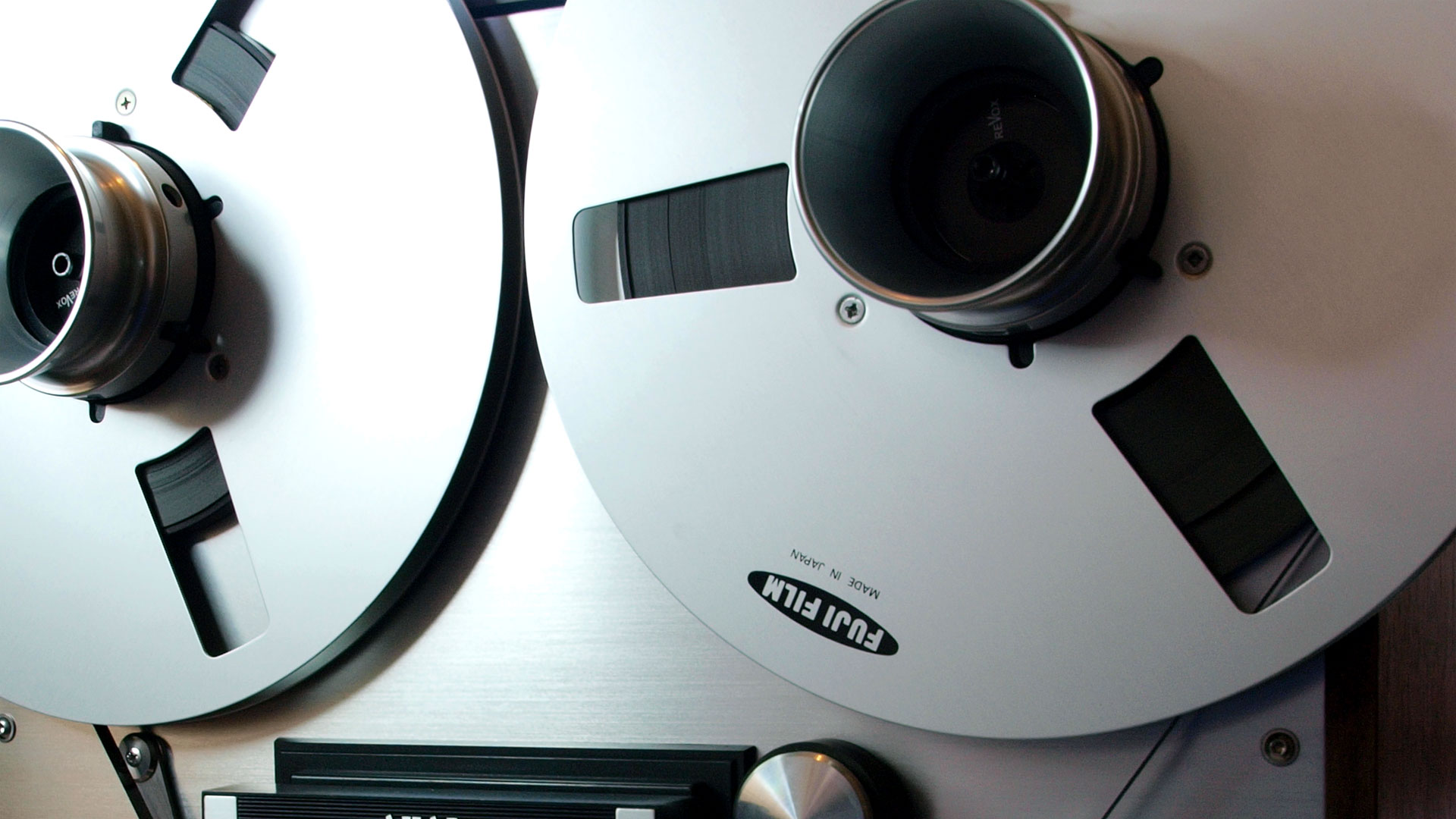 So you’re going to buy that long coveted reel-to-reel, or maybe you want to upgrade your existing model with something higher grade. For this article, we’ll assume you’re looking for a stereo consumer tape deck, although most of what is written here also applies to semi pro and pro machines.

Buying a used reel-to-reel tape recorder can be a bit tricky, especially if you’re not technically inclined, or know exactly what you’re looking for. Most reel-to-reel recorders are at least 30 years old at this point, and all reel-to-reels can have electrical/electronic issues and/or mechanical tape transport problems. Figure that every used reel to reel will need 1-4 hours labor plus parts if it hasn’t recently been used or serviced. This includes a general cleaning, belt replacement, lubrication of the mechanism, and biasing to current tapes for the best frequency response. Labor times increase for multitrack semi-pro and pro decks. Many repair shops won’t touch reel-to-reel machines due to lack of knowledge to repair them, and due to the lack of availability of parts. While some belts and idler wheels have long been discontinued, some tape transports share common parts that can be switched between models, and usually substitutes can be found for obsolete electronic parts. In some cases however, parts are considered ‘unobtanium’, so in order to get that tape deck going, you’d have to find a donor parts chassis. If it’s a part that cannot be found, and is a common failure in a particular make and model, you might be on the hunt for months if not years for a replacement part. Welcome to the world of old electronics!

Having spent most of my life dealing with surplus electronics, I cannot count the number of times where I’ve been told by the seller “oh, it’s in perfect shape, it just needs…”. After I get the deck (the odd time where I actually purchased a machine from a seller like that), sure enough, it needs… about 4 hours worth of work. Now, most sellers of anything used, electronic or otherwise, aren’t fraudsters or con artists, they simply aren’t technicians, and usually only know how to operate a reel-to-reel, if they even go that far. Many sellers are selling off their parent’s estates, and they may never even have operated a reel-to-reel before. They’ve simply seen it run as a child, then the player was put into storage for 20+ years, but it worked the last time they used it. As a tech, I can tell you that anything electronic or mechanical that sits idle for 10+ years will develop issues, and with reel-to-reels having both electronic and mechanical parts, the problems can be doubled or tripled.. or worse.

Most reel-to-reel decks can be found on Craigslist, eBay, at vintage or thrift stores, or through word of mouth.

Rule #1 when buying a used reel-to-reel:

Unless you are buying a used reel-to-reel deck from a qualified tech that has just serviced it, or you can see a bill of sale of a recent (within one month) repair, assume that the deck will need 1-4 hours worth of work to get it to good operating condition – and that’s not including parts.

If you can do basic maintenance, or go as far as changing a belt, then great, you can most likely find a good deal on ebay or Craigslist. If you want a 100% working deck, buy from a technician that has the knowledge and test equipment to properly repair a reel-to-reel tape recorder.

More on Buying a Reel To Reel here!